WE STAND WITH ISRAEL,
THE JEWISH PEOPLE AND THE LAND...FOREVER! 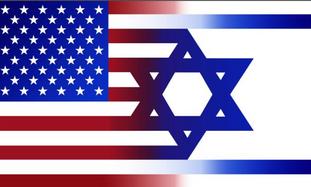 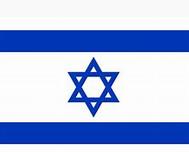 Since 2017, we have seen the United States move its embassy to Jerusalem, cancel the Iran Nuclear Deal that the previous administration signed, and most recently, acknowledge that the Golan Heights is Israeli territory. These actions should make Israel and its supporters ecstatically happy. And yet, we sense a foreboding cloud over Israel, the People and the Land. Why? Because the rise of anti-Semitism around the world is increasing at an alarming rate. The same United States that has acted on all of the above has also refused to stand against anti-Semitism in its own government. Currently, there are two Muslim women serving in the US Congress who have repeatedly made offensive statements about the Jewish people. What’s more, they support the BDS movement. The Congress’ refusal to stand for Israel against the anti-Semitism in its own ranks is, in and of itself, enough to cause us concern. However, the Democrats who have declared that they are running for President in the 2020 election have expressed their support for these two women in speaking out against Israel. If we believe what these candidates are saying, then we have to be truly alarmed that there is the possibility that one of them may be the next President of the United States.

The United States is not the only place where Anti-Semitism is growing. The following are just a few of the anti-Semitic attacks that have occurred.

v  Twenty swastikas were spray painted on the murals around Bondi Beach, a community that is home to a large, upscale Jewish neighborhood in Sydney, Australia.

v  In the historic Ile Saint-Louis district of Paris, France, “Juden” (German for “Jews”) was painted on the store window of the Bagelstein restaurant in the 6th arrondissement during the night.

v  Estonia’s chief rabbi and two of his children were accosted on the street on their way to synagogue by a man who shouted anti-Semitic insults at them.

v  Argentina’s chief rabbi, Gabriel Davidovich, was beaten and seriously injured by assailants who broke into his Buenos Aires home in the middle of the night while he and his wife were there.

Then there are the terrorist attacks in Israel. Thus far in 2019 we’ve seen bombing attacks from Gaza, the stabbing death of a father of 12, and the murder of two 19-year-old men, one at Ariel Junction and the other in the Ein Yael forest. In addition, the Israeli Defense Force has to deal daily with the “protests” at the Gaza border. To understand the extent of terrorism in Israel we have the following statistics from http://www.jewishvirtuallibrary.org

v  Since December 2005, Palestinian terrorist attacks have claimed at least another 250 Israeli lives.

All of this may make us wonder what is to become of Israel, the Land and the People. However, let us remember that God is still on the throne. Our God Reigns! He has chosen Israel and made an eternal covenant with them. He has given them their land and it is to remain theirs.

v “On that day the Lord mad a covenant with Abram, saying, ‘To your descendants (seed) I have given this land, from the river (Vadi) of Egypt as far as the great river Euphrates.’” Gen 15:18

v  “O seed of Abraham, His servant, O son of Jacob, His chosen ones! He is the Lord our God; His judgments are in all the earth. He has remembered His covenant forever, the word which He commanded to a thousand generations, the covenant which He made with Abraham, and His oath to Isaac. Then He confirmed it to Jacob for a statute, to Israel as an everlasting covenant, saying, ‘To you I will give the land of Canaan as the portion of your inheritance.’” Ps 105: 6-11

As supporters of Israel we must spread the truth about what is going on around the world concerning Israel, the Land and the People, and what our Father God, YWHW, has told us about them in His Word, as well as what He is showing us through His Spirit. Our job is to intercede for Israel and to seek the Father to know what He has for us to do in support of Israel. We pray that you will join us in intercession for God’s Chosen People and help us spread the truth concerning Israel, the Land and the People.

BARUKH ATAH ADONAI, ELOHEINU, MELEKH HA'OLAM
BLESSED ARE YOU, LORD, OUR GOD, SOVEREIGN OF THE UNIVERSE​