"I ask you to join me in continuing to pray for President Donald J. Trump, Vice President Mike Pence, for our leaders, and that God would protect this nation from those who would bring it harm just to have their own way. This 2020, let’s have a campaign of prayer! The only hope for this nation is Almighty God."Rev. Franklin Graham

You can add HTML directly into this element to render on the page.

Just edit this element to add your own HTML. 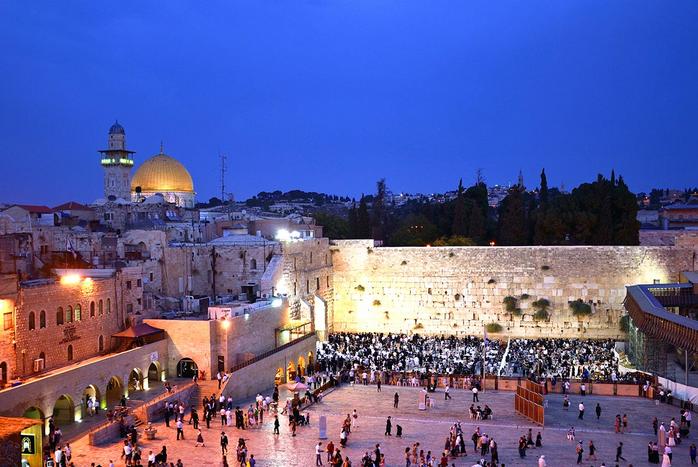 ​​​​​​Pray For The Peace Of Jerusalem

STAND WITH ISRAEL: The People  And The Land

The Lord showed us the best way to help Israel is to put President Trump back in office. We work towards that daily. Please join us in

prayer and fasting for our nation! Pray against those who would turn our democracy to socialism! Give Glory to God's Faithfulness!

...if my people, who bear my name, will humble themselves, pray, seek my face and turn from their evil ways, I will hear from heaven, forgive their sin and heal their land.2 Chronicles 7:13-14 ESV

We must follow the Lord's will for our country or lose it forever! Please join us in prayer and fasting for our country at least one day a week but more as He Leads us!! WE MUST DO THIS OR WE WILL LOSE OUR COUNTRY! Democracy is in danger of surviving!

​"A WORD FOR MANY DAUGHTERS OF GOD WHO HAVE BEEN IN LONG STANDING PLACES OF CONTENDING FOR HEALING."

God’s Hour is Near!

The War Between Two Kingdoms

​
“The hour is near, and all will bow down and worship Me. …” Isaiah 45:23; Phil. 2:10, 11
Tonight, December 18, 2019 As I was reading about the voting in the House to impeach our President, my spirit man leaped for joy and excitement. Not because of the impeachment, never, but because of something much greater and mightier: The Kingdom of God is making the 2nd greatest move in this generation.
Satan, God's and mankind’s great enemy, has been allowed to make his intentions known to the Earth. The impeachment is really a ruse, a trick,  causing mankind not to see truth-- to be blinded.
By using the impeachment of President Trump, Satan is declaring war on God Himself, and on God’s anointed, Jesus Christ, and on our President, who is God’s choice for this very hour. The following scripture makes Satan’s plan easy to understand. Psalm 2 Verses 1-3.
1 Why do the nations assemble with commotion [uproar and confusion of voices], and why do the people imagine (meditate upon and devise) an empty scheme?
2 The kings of the earth take their places; the rulers take counsel together against the Lord and His Anointed One (the Messiah, the Christ). They say,​
3 Let us break Their bands [of restraint] asunder and cast Their cords [of control] from us.”
The kings of the Earth are making their intentions known just as Satan is in the using President Trump to make his plan known! Satan and his demonic forces and human followers have set the stage for the war that will usher in the Second Coming of God’s Son, Jesus Christ, the rightful Ruler of the earth.
This writing is the “announcement” by God to make the people who are alive at this moment aware that this move of Satan is not Satan’s idea. God is in full control and Satan is fulfilling God’s plan of allowing the end time clock to move ever closer to the Tribulation and Great Tribulations against the Jewish people and the church. Matthew 24:15-22.
We're not setting any dates or time frames. We are being used by the Holy Spirit of God to make people aware of the bottom line of what is really happening. There is no doubt about the fact…the world is now in the full move of God…into the End Times. Period!
The impeachment of President Trump is to cause people not to see the underlying truth of what God is doing. Never forget that God is forever in charge and God is allowing Satan to come out of the shadows and into God’s blazing light! In His perfect Wisdom, God has set Satan up by allowing him to use the impeachment of President Trump as God’s tool to expose Satan’s plan.
We encourage everyone to read Psalm 2 and to see God’s response to the kings of the earth. Then turn to Acts 4:23-31 with special attention to verse 28.
May the complete blessing of God rest on this “announcement” and the reading and understanding of God’s intention of mercy and forgiveness that will bring everyone who allows the Spirit of God to move in their hearts to God’s Truth. In His full name and power, We submit this work over to God and His will and purpose. Amen and Amen!
For your information God’s 1st great move in this generation was the creation of the State of Israel in one day on May 14, 1948.
Isaiah 66:8
“Who ever heard of such a thing?
Who has ever seen such things?
Is a country born in one day?
Is a nation brought forth all at once?
For as soon as Tziyon went into labor, [Zion].
She brought forth her children.”
Complete Jewish Bible (CJB)
All scriptures not specifically noted are from the Amplified Bible, Copyright 2015 by The Lockman Foundation

​ISRAEL, THE PEOPLE AN​D THE LAND

​​ In the past two years we have seen the United States move its embassy to Jerusalem, cancel the Iran Nuclear Deal that the previous administration signed, and most recently, acknowledge that the Golan Heights is Israeli territory. These actions should make Israel and its supporters ecstatically happy. And yet, we sense a foreboding cloud over Israel, the People and the Land. Why? Because the rise of anti-Semitism around the world is increasing at an alarming rate. The same United States that has acted on all of the above has also refused to stand against anti-Semitism in its own government. Currently, there are two Muslim women serving in the US Congress who have repeatedly made offensive statements about the Jewish people. What’s more, they support the BDS movement. The Congress’ refusal to stand for Israel against the anti-Semitism in its own ranks is, in and of itself, enough to cause us concern. However, the Democrats who have declared that they are running for President in the 2020 election have expressed their support for these two women in speaking out against Israel. If we believe what these candidates are saying, then we have to be truly alarmed that there is the possibility that one of them may be the next President of the United States.

The United States is not the only place where Anti-Semitism is growing. The following are just a few of the anti-Semitic attacks that have occurred thus far in  2019.

v  Twenty swastikas were spray painted on the murals around Bondi Beach, a community that is home to a large, upscale Jewish neighborhood in Sydney, Australia.

v  In the historic Ile Saint-Louis district of Paris, France, “Juden” (German for “Jews”) was painted on the store window of the Bagelstein restaurant in the 6th arrondissement during the night.

v  Estonia’s chief rabbi and two of his children were accosted on the street on their way to synagogue by a man who shouted anti-Semitic insults at them.

v  Argentina’s chief rabbi, Gabriel Davidovich, was beaten and seriously injured by assailants who broke into his Buenos Aires home in the middle of the night while he and his wife were there.

Then there are the terrorist attacks in Israel. Thus far in 2019 we’ve seen bombing attacks from Gaza, the stabbing death of a father of 12, and the murder of two 19-year-old men, one at Ariel Junction and the other in the Ein Yael forest. In addition, the Israeli Defense Force has to deal daily with the “protests” at the Gaza border. To understand the extent of terrorism in Israel we have the following statistics from http://www.jewishvirtuallibrary.org

v  Since December 2005, Palestinian terrorist attacks have claimed at least another 250 Israeli lives.

All of this may make us wonder what is to become of Israel, the Land and the People. However, let us remember that God is still on the throne. Our God Reigns! He has chosen Israel and made an eternal covenant with them. He has given them their land and it is to remain theirs.

v  “On that day the Lord mad a covenant with Abram, saying, ‘To your descendants (seed) I have given this land, from the river (Vadi) of Egypt as far as the great river Euphrates.’” Gen 15:18

v  “O seed of Abraham, His servant, O son of Jacob, His chosen ones! He is the Lord our God; His judgments are in all the earth. He has remembered His covenant forever, the word which He commanded to a thousand generations, the covenant which He made with Abraham, and His oath to Isaac. Then He confirmed it to Jacob for a statute, to Israel as an everlasting covenant, saying, ‘To you I will give the land of Canaan as the portion of your inheritance.’” Ps 105: 6-11

As supporters of Israel we must spread the truth about what is going on around the world concerning Israel, the Land and the People, and what our Father God, YWHW, has told us about them in His Word, as well as what He is showing us through His Spirit. Our job is to intercede for Israel and to seek the Father to know what He has for us to do in support of Israel. We pray that you will join us in intercession for God’s Chosen People and help us spread the truth concerning Israel, the Land and the People.

AOC: Reduced Aid to Israel 'On the Table' After Netanyahu's Re-election

‘The Cross Belongs in the Dustbin of History’: Muslim Brothers Claim Islam Exempt from Law

Rep. Rashida Tlaib Says She ‘Feels More Palestinian In The Halls Of Congress’ Than She Does Anywhere Else

In our previous article we discussed recent examples of anti-Semitism, especially within the US Government:

“Currently, there are two Muslim women serving in the US Congress who have repeatedly made offensive statements about the Jewish people. What’s more, they support the BDS movement. The Congress’ inability to stand for Israel against the anti-Semitism in its own ranks is, in and of itself, enough to cause us concern. However, the Democrats who have declared that they are running for President in the 2020 election have expressed their support for these two women in speaking out against Israel.”

We have every reason to be concerned about Congressional members’ lack of concern for this attitude toward the Jewish people. As if this isn’t enough, we are now witnessing the defense of anti-Semitism! Rep Ilan Omar referred to the 9/11 attack on the World Trade Center as “something that happened to someone.” WHAT!!! When President Trump responded to this with a Twitter post that included footage of the World Trade Center attack, he was accused of fomenting extremism. Speaker of the House Nancy Pelosi even suggested that President Trump was partly responsible for Rep Omar’s need for extra protection because of what she said and his treatment of it.

What a minute! Let’s back up here. First, we have members of Congress being openly anti-Semitic. Then we have the President calling them out on it. Then we have the political left and the media making the anti-Semites the victims!!! Amazing how the truth can be turned upside down and backward. We encourage our readers to take a hard look at

what’s going on today. It’s not a pretty picture, and it’s only going to get worse.​​